How to Power an LED (Arduino vs. Pinguino)

Here is what the NL6621-Y1 wireless module looks like: 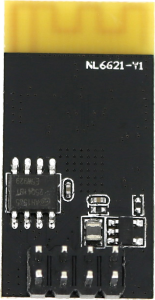 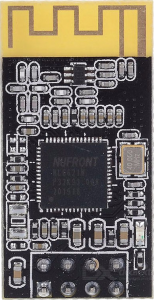 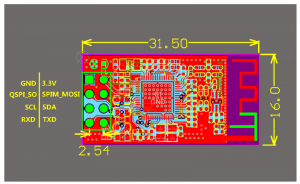 Supposedly it is much better than the ESP8266 from Expressif. However, the ESP8266 has a lot of code and documentation for it whereas there is very little information or code for the  NL6621-Y1 wireless module (as of this post).

Nufront does have several GitHub repositories for it here:

The common module (NL6621-Y1) seems to have the NL6621_SerialNet_SDK installed as that is what services the serial AT command set which allows the module to be configured via a serial interface.

I have the NL6621-Y1 wireless module from Elecrow and I wanted to see if I could get it working (attached to an Arduino Leonardo) similar to how I attached an ESP8266 in an earlier post. 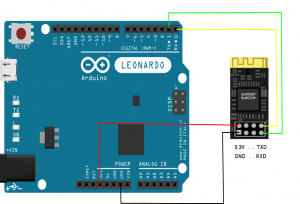 At first, I used the multiserial mega Arduino script (HERE) to experiment with the AT commands. That script basically takes characters you type in the serial console and sends them to the 2nd serial port and it echos any data coming from the 2nd serial port to the 1st.  I set both serial port BAUD rates to 115200. Sending “AT+HELP” will list all the supported AT commands.

Searching GOOGLE I could not find any information on the AT command set so I took a look at the SerialNet SDK source. Here is a chart showing what I gleaned from that code:

Here is an Arduino sketch which sets the wireless options and connects the NL6621-Y1 wireless module to my TP-Link router. Note: If you use this code make sure to change the SSID and PASS variables to match your router!

Anyway, it will be interesting to see what the open source community comes up with to do with this new wireless chip.